The Literature Review researched all of the research data that was available worldwide into errors in construction. In particular a considerable amount of data came for Australia. Its conclusions were broadly similar to our research.

The Get it Right Initiative has been established to help the construction industry to understand the causes, and reduce the impacts, of error and rework. This section of the report looks at academic and industry research into error and rework in construction, and explores some of the proposals which have been made to reduce the cost of rework and improving quality. It is important to note at the outset that the definition of rework includes both necessary rework – arising from client changes – and unnecessary rework, brought about by errors in the development process.

This cost of rework has become such an endemic feature in the construction process that contracting organisations now build expectations of time and cost overruns into their procurement processes (Love & Li 2000) In the UK, the Egan Report – Rethinking Construction (Egan 1998) – suggested that up to 30% of construction is rework. The report went on to make suggestions as to how to reduce this figure, setting a target of 20% reduction in defects (on handover) per year, assuming that zero defect construction could be achieved in five years.

The Egan recommendations covered procurement and efficiency enhancements, and adopting process improvements to increase consistency and efficiency. Such an improvement would have a dramatic impact on the costs of construction and contribute significantly towards the Construction 2025 targets of a 33% reduction in the initial cost of construction. However, while progress has been made in reducing error and rework since Egan, industry surveys suggest that progress remains slow. For example looking at the latest Glenigan construction industry KPI reports for Constructing Excellence, we can see that there is a marked improvement on defects at handover since 2001. There remains more to do, with only 71% of clients rating their satisfaction with regard to defects at handover as eight out of ten or better. The impact of rework and error is not a phenomenon restricted to the UK; work on the impacts and causes of rework has been undertaken in many countries, with key papers emanating from Australia, Singapore, South Africa, the USA, Canada and the UK. 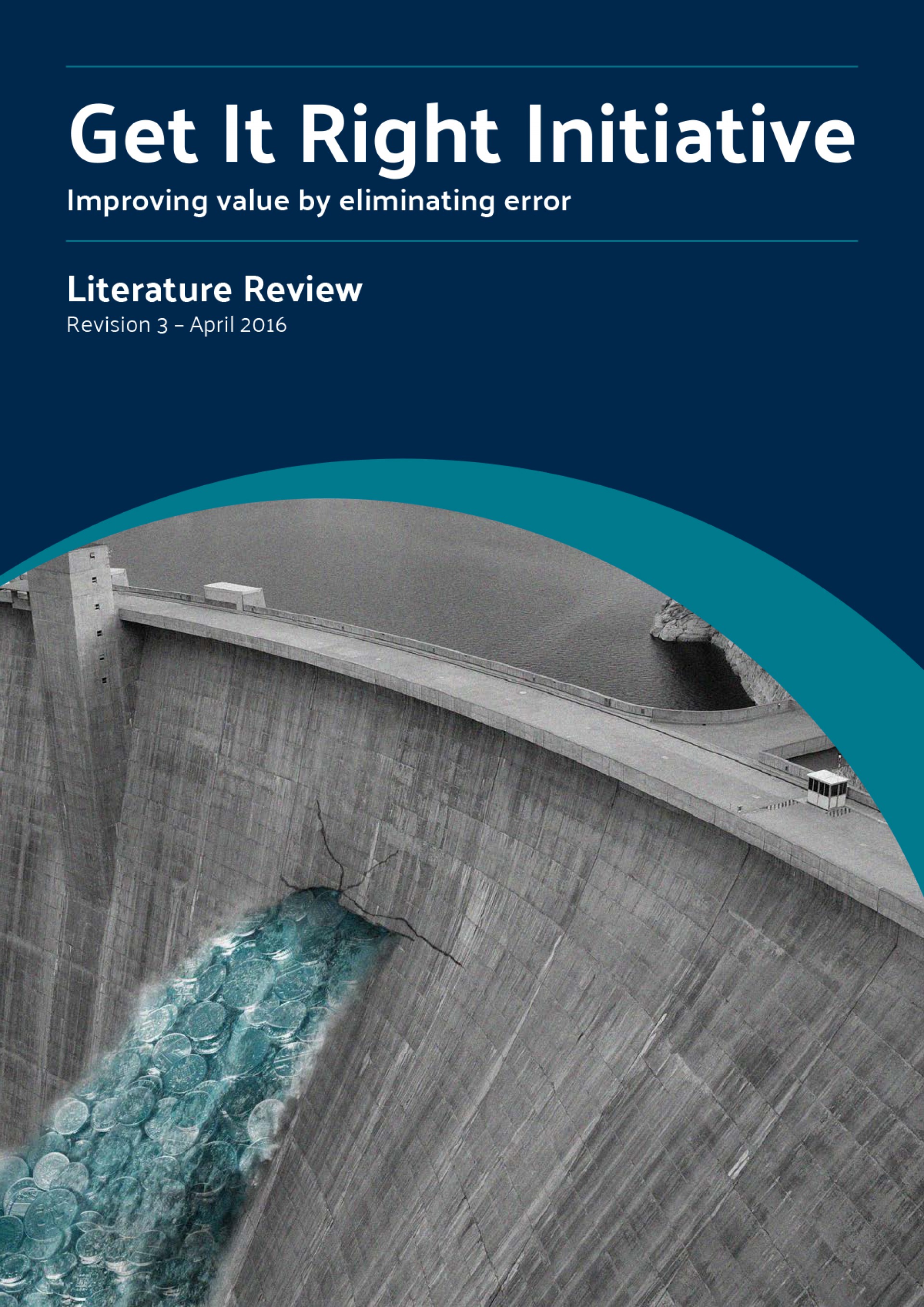